Going green is essential at a time when global temperatures are increasing at unprecedented rates and efforts to cut carbon emissions are being ramped up around the world.

From domestic households to big businesses, there are lots of areas in which adopting eco-friendly habits can make a big difference. This is particularly true of football clubs, many of which attract tens of thousands of fans to the stands each week.

Here are just 10 steps that football clubs can take to improve their green credentials and lessen their carbon footprints, ranging from the holistic to the specific.

Football clubs require a lot of energy to function, especially on match days. Reducing energy requirements can only go so far towards solving this issue; at some point, you need to tackle it at the source. 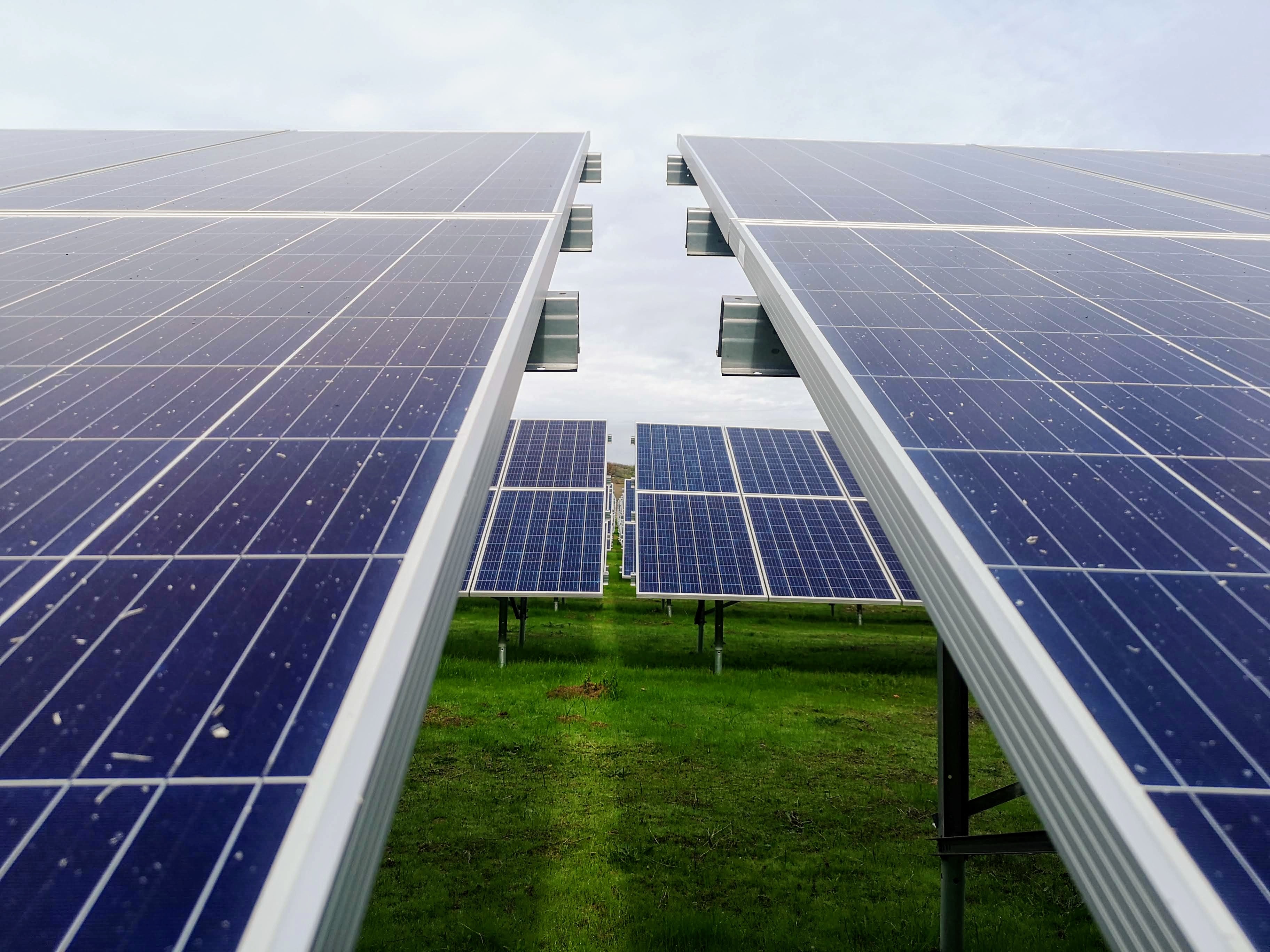 This can easily be done by switching to renewable energy, whether pulled directly from the grid or generated on-site. Several clubs, both large and small alike, have installed their own renewable solutions on-site, whether in the form of solar panels, wind turbines or banks of battery storage.

Clubs which do adopt renewable energy are often able to re-sell the surplus electricity that is generated back to the grid, allowing them to further offset the costs of installation.

The UK is facing a waste crisis, relying on exporting 3 million tonnes annually to make up for the shortfall of space at the 500 or so landfill sites that are in operation domestically. 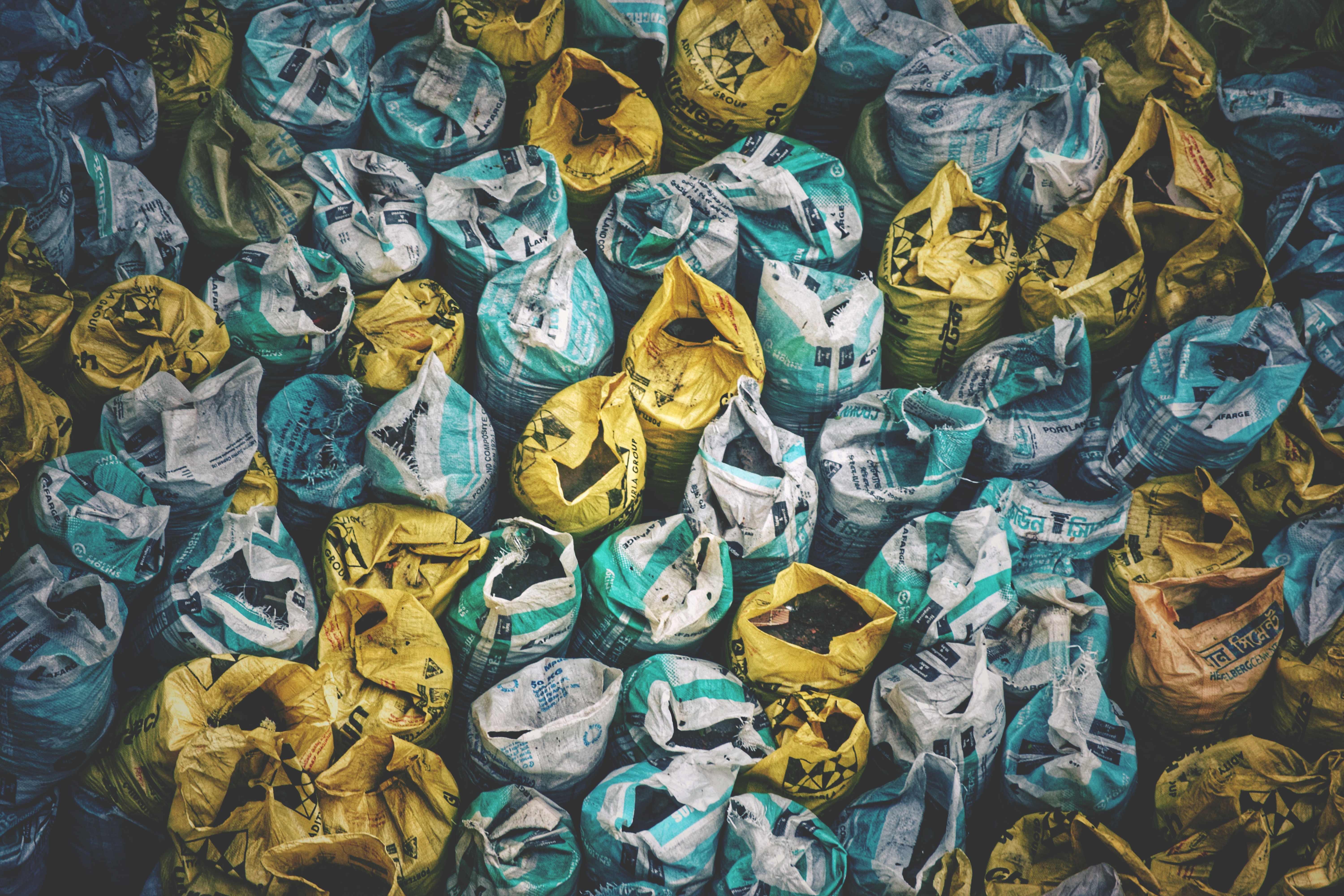 Changes to packaging and waste policies at football clubs can address this, but even with improved rates of recycling, there will still be general waste that needs to be disposed of. That is where compaction can come into play, with PDE Waste compactors allowing clubs to minimize the volumes of rubbish that are generated.

This not only helps optimize the use of landfill sites but also means that the process of transporting waste from the club to its final destination is far more efficient and eco-friendly.

Football clubs need to be proactive in encouraging players and fans to go green, leading by example and making it as easy as possible for people to make the right decisions. 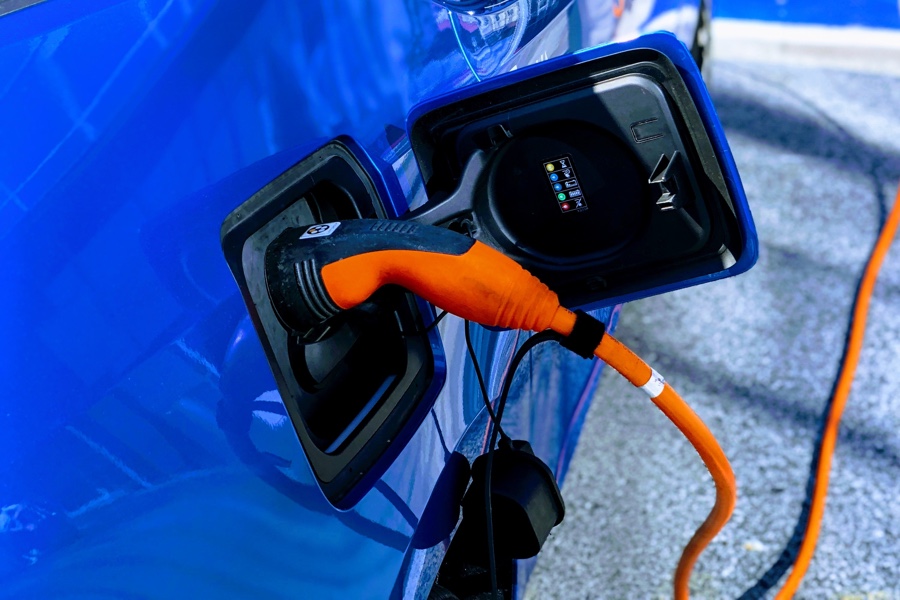 Creating charging stations at which electric vehicles (EVs) can be topped up while their owners are on-site is a straightforward and increasingly cost-effective option.

EVs produce zero emissions and will also mean that the air quality around the club will be improved, which is good news for everyone. Sales of this type of vehicle rose by 23 per cent last year, meaning that accommodating owners will become a practical necessity for clubs whether or not they are convinced by the environmental arguments.

Keeping thousands of fans fed and watered during games is a challenge in its own right. When you take into account that the food and drink itself could have a large carbon footprint associated with it, the specter of environmental consequences rears its head again. 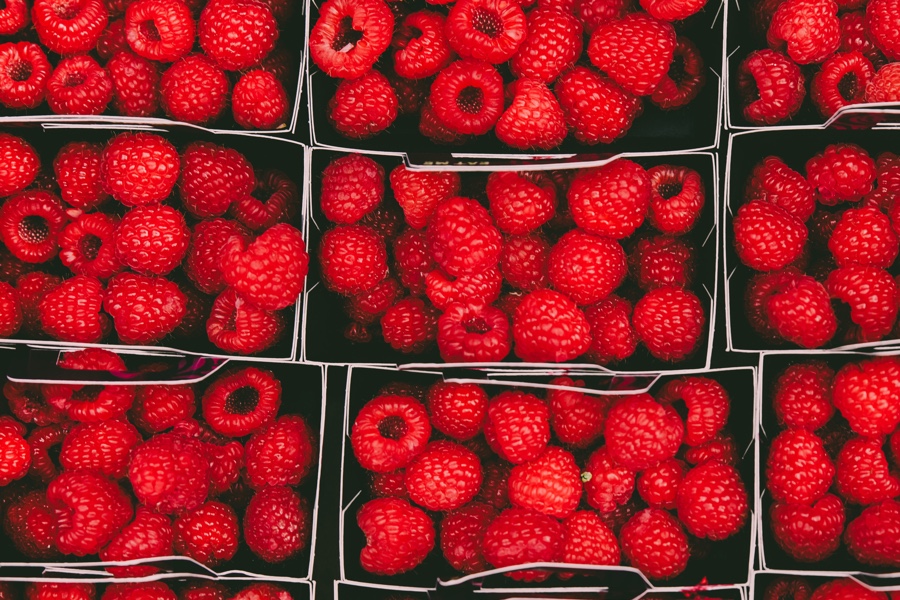 The obvious solution is to look to local suppliers for these key products so that they can be delivered over the shortest distances, rather than being hauled across the country or even the continent to end up on-site.

This approach is not only greener but also means that clubs can guarantee a better quality of produce as well as doing their bit to support the local economy of the area in which they operate. Price rises may be an inevitable side effect of this course of action, so effective marketing will be required to broadcast these benefits to fans.

The single biggest concern facing the waste industry at the moment is single use plastics. This includes not only the items used in the packaging of food and drink but also covers things like plastic straws and many other products. 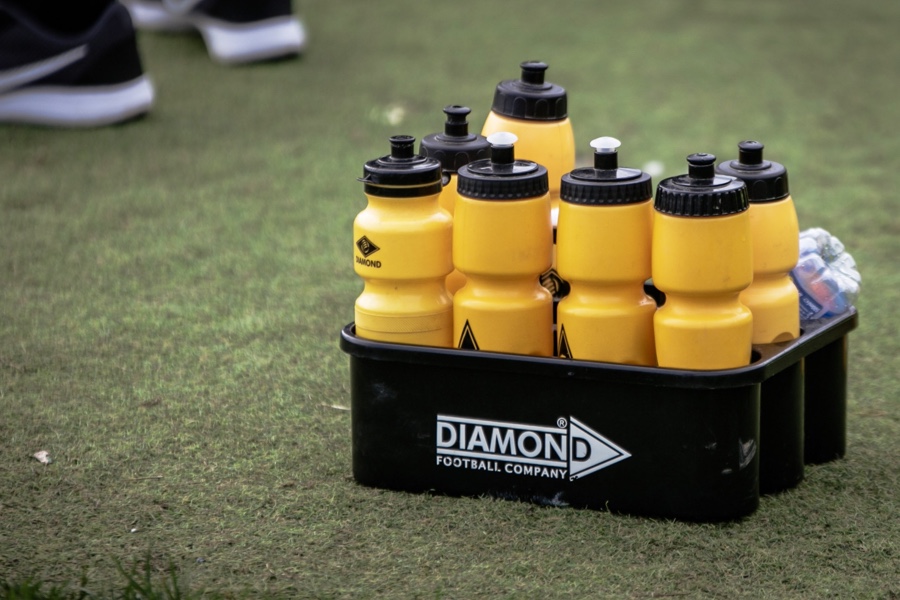 The volumes of single use plastics being output across the UK has already fallen by half in the last year, largely thanks to a major campaign fronted by naturalist David Attenborough. Furthermore an outright ban is on the cards, meaning it will soon be illegal to sell such products.

Football clubs can go green by replacing plastics with biodegradable, renewable or reusable alternatives wherever possible. Clubs like Tottenham Hotspur have already committed to cutting single use plastics out of rotation as part of a wider initiative across top flight football.

The pristine pitch surfaces that modern players are used to can seem like a far cry from the muddy, mangled messes that were typical for much of the 20th century. However, keeping football club pitches looking their best can rely on quite a bit of chemical trickery, which ultimately has negative environmental consequences. 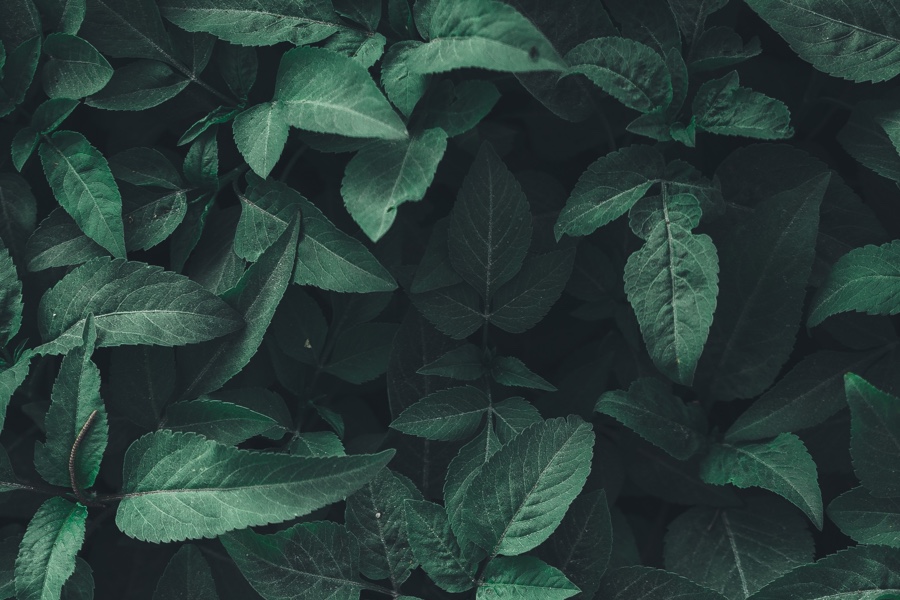 The answer to this is to go organic and grow the grass that makes up the pitch surface in an entirely natural way, free from harmful pesticides and growth serums that would otherwise interfere with wildlife and get into the water cycle on which humans rely.

The famously eco-friendly Conference club Forest Green Rovers led the way with its boundary-pushing organic pitch back in 2012 and many of its larger counterparts have since followed suit.

Just as treating the grass with man-made chemicals is a no-no, using up valuable water resources to keep it properly hydrated is seen as problematic in this environmentally conscious era. 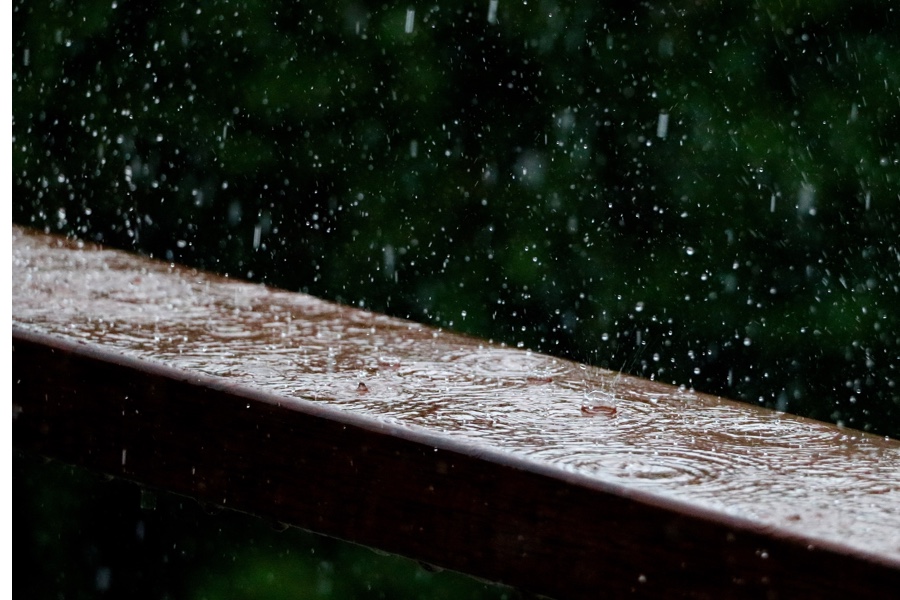 Football clubs that want to avoid the ire of fans that considered sustainability a selling point can now take steps to recycle the rainwater that falls naturally, collecting and storing it so that it can be used to water the pitch as necessary.

This not only means that clubs are not putting a burden on the area’s water supply, but also helps them to save on their utilities expenses. Once again this is evidence that going green makes financial sense as well as being ethically sound.

Approaching the topic of football club sustainability is difficult without the relevant data to back up any suggested changes. Harvesting and analysing information gleaned from the way a club operates is also crucial if you want to identify where inefficiencies lie.

Analytical tools can be harnessed to track and chart the impact made by adopting renewable energy, reducing the proliferation of single use plastics and compacting waste to cut the volumes being sent to landfill. The power of big data has already been applied to the act of winning the Premier League, so it could just as easily be put to work to make clubs greener at every level.

These high tech services are of course an added cost to consider, yet the scalability of the platforms which host them means that the expense is not so great as to exclude smaller clubs.

Football clubs are not only being required to think about the impact of their home ground operations but also the way that their travel plays a role in contributing harmful emissions to the atmosphere.

Arsenal has announced a partnership with an EV manufacturer which will enable it to replace gas-guzzling cars and vans with battery-powered alternatives. Similar deals are being struck elsewhere in the Premier League, reflecting the growth of the EV market across the UK today.

There is still room for improvement, of course, especially when it comes to international travel. Major teams that have to make international trips multiple times a season cannot currently avoid the environmental cost associated with air travel. Making the switch to land-based EVs is just one part of this ongoing journey towards sustainability.

While paper may be one of the most recyclable and sustainable materials, it is still something that creates complications from an environmental perspective. Today we use 400 per cent more paper than we did 40 years ago and even the dawn of the digital age has not done much to stem the rise in usage.

For football clubs, it is not only the back office operations that will plough through a lot of paper. On each match day the printing of programmes for fans to buy results in a lot of waste in its own right.

There are lots of arguments against the elimination of printed programmes from football club culture, most of which come down to a sense of tradition and nostalgia. However, at a time when the vast majority of fans will have their own smart devices on hand, making the leap to publish programmes in a purely digital format could have a range of benefits.

In keeping with the theme of green decisions also being fiscally advantageous, football clubs could save money by ceasing the printing of programmes and even offer a richer experience for fans with multimedia-enhanced digital copies.

The prospect of making football clubs greener may seem intimidating but hopefully each of the solutions covered have dispelled some concerns and shown a straightforward route to a brighter, better future for the sport.3